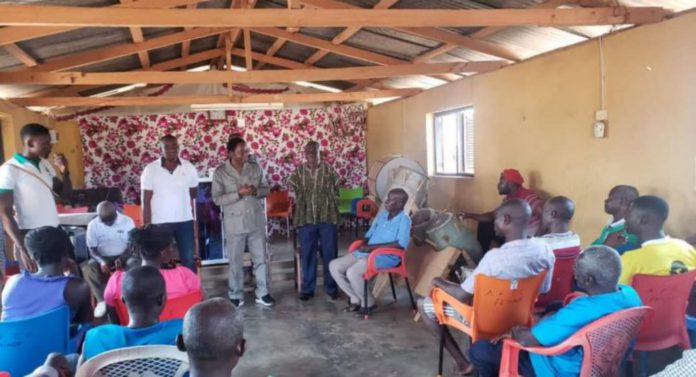 Presidential candidate hopeful of the main opposition National Democratic Congress (NDC), Dr Kwabena Duffuor appears to have begun his door to door campaign of realising his dreams of leading the party for the 2024 general election.

The former Finance Minister has been holding meetings with party members in the Ashnati Region about the need for them to believe in the party and his vision.

Last weekend, he met with some branch and constituency executives of the NDC as part of efforts towards party reorganization.

Some of the issues discussed included matters relating to restructuring of the branch leadership, grassroot mobilization and coordination with constituents.

The former Governor of the Bank of Ghana, indicated that there were two people doing well in politics and cited the Speaker of Parliament, Alban Bagbin and Haruna Iddrisu who had been working hard to sustain the nation’s political dispensation.

He started: “There are two people who are doing very well in politics, they are lawyers, look at Mr Bagbin with over 30 years in politics, look at this young man, Mr Iddrisu, any of them, if I have Mr Iddrisu or Mr Bagbin, any could be my running mate, they are working hard, they are in politics and they will compliment me.

“I was the Minister of Finance, I was in politics but we have not started talking about the NDC presidential race yet, if we get there and I am given the nod why not? I am thinking of fighting for the position of the flagbearer for the National Democratic Congress and when people want a position, they are not contesting, rather they are fighting for that position and that is what I intend to do.”