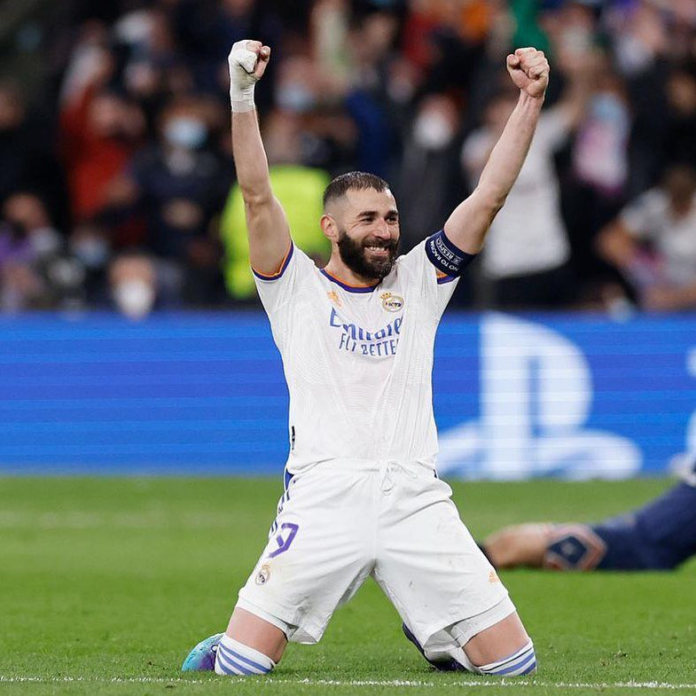 Many football lovers were excited with Real Madrid’s striker, Karim Benzema’s performance in the second leg of the Champions League in the last 16.

Karim scored a superb 17-minute hat trick as Real Madrid send the France giants, PSG out of the Champions League at a raucous Bernabeu on Wednesday night to reach the the quater-finals.

Kylian Mbappe’s first half goal had given Mauricio Pochettino’s side a two-goal aggregate lead and on the right course for the last eight but a howler from Gianluigi Donnaruma after 11 minutes in the second half proved the turning point for the Spanish giants.

The striker stunned the visitors with a 17-minute hat-trick to turn the tie on its head and send Real into the quarter-finals.

It keeps the 13-time European winners on course to the next phase of the league and once again underlined Benzema’s status as one of the best strikers in the world.

The Los Blancos captain after the match commented on the victory which sees them advance to the next stage of the competition.

He has also become the third highest goal-scorer in Madrid’s history.

“I’m proud to be third best goal scorer in the Real Madrid history but I won’t stop, I will score again and again,” in a tweet by Sports Journalist, Fabrizio Romano.

Real Madrid shot-stopper, Thibaut Courtois has also stated that the 34-year-old “is the best No.9 in the world and should have finished higher on the Ballon d’Or list in 2021.”

The Parisians failed to deal with Karim Benzema’s threat up top as he interlinked well with the likes of Vinicius Junior, Luka Modric and Rodrygo.

PSG has suffered another painful defeat after reaching the final and semi-finals in consecutive seasons.

This, in regard felt like a considerable backwards step for a squad that has been expensively assembled.

Some reactions from football fanatics after the game as some believed he’s still the best striker in the world:

Europa League Round of 16 preview