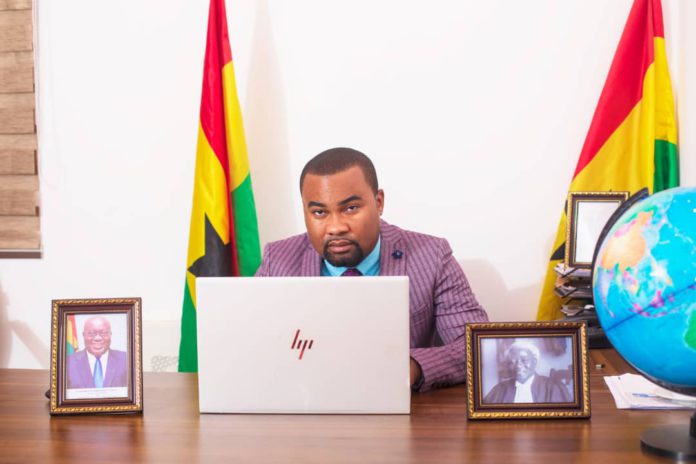 A member of the New Patriotic Party (NPP), Razak Kojo Opoku said the COVID-19 pandemic has placed a strain on government’s finances and worsened it due to unprecedented easing of fiscal and monetary policy adopted by Countries to cushion the socio-economic impacts of the pandemic.

He said due to that, the African Development Bank (AfDB) estimates that African governments needed an additional US$154 Billion in 2020 to tackle the COVID-19 pandemic crisis.

“To address this dilemma, the Sustainable Borrowing Policy of the AFDB introduces two pillars to manage debt. The first pillar emphasizes debt management and transparency through agreed policy actions and technical assistance, while the second pillar will rely on coordination and partnerships with other multilateral development banks, development partners and lenders,” Mr Razak Opoku said.

In an interview with the media, he revealed that since multilateral bank such as AfDB is taking pragmatic steps to address the post COVID-19 challenges,”I respectfully would like to appeal to Ghanaians to disregard the noise of National Democratic Congress (NDC) members of Parliament and support President Akufo-Addo’s government quest to use a homegrown policy such as E-levy to revive and sustain the Ghanaian post COVID-19 economy.”

He said domestically, we have the capacity through the Mobile Money industry to support our economy with US$1 billion annually through E-levy without borrowing the same amount from the International Monetary Fund (IMF) to pile up the country’s debt to GDP ratio.

Mr Razak Opoku questioned that at the family or personal level, would you go for a loan while you have a property that you can sell to raise the exact amount of money you will be seeking as a loan?

He said it has been proven over the years that, the World Bank and the IMF have always conspired to prescribe unrealistic economic parameters as the panacea to the socio-economic development of Ghana and other African countries.

Mr Razak Opoku however said notes that, the so called assistance given by World Bank and the IMF in the form of loans and grants can be best described as miserly donations in exchange for policy measures that are not workable practically within the economic environment and the local architecture of our economy which rather turn the clock of our progress backwards since 65years of political independence.

“We are politically independent but economically dependent largely on the Western World, World Bank and the IMF” .

“As usual, some local Ghanaian Intellectuals in the academia or Civil Society Organizations who largely depend on the World Bank, the IMF and the Western Donors for their respective research works are always afraid to criticize them for the fear of losing their funding support. A case of personal interest against the national interest. These Intellectuals are the first to suggest the  IMF and the World Bank to Government as the best options for the sustainability of the country’s economy,” Razak Opoku added.