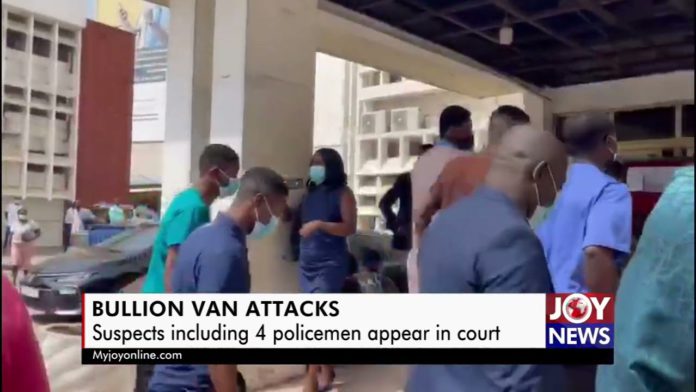 Wa West Member of Parliament (MP), Peter Lanchene Toobu, seems not surprised about policemen who have been arrested in connection with bullion van robberies in Ghana.

According to the former Executive Secretary to an Inspector General of Police (IGP), it may be just the tip of the iceberg.

This is because he believes there could be a serious network of an organised group of people within the service who have gone in there with the entry motive of making money.

“If the entry motive is making money, you see them in uniforms and they are coming out and the danger is that when we get to the stage where the public do not know whether what I’m seeing is a police officer or a criminal though the person is in uniform, we are getting into deeper waters.

“Because anytime you see a police officer you should be excited that this is an officer of state my security is in his hands and I’m protected. That feeling of safety should be around you. But if we get to the stage when you see a police officer and you cannot say if he is one of the robbers and that uncertainty is in your mind as a citizen, it becomes a big challenge and the image of the police a problem,” he said in an interview on Accra-based 3FM.

He explained a policeman who turns out as an armed robber becomes more dangerous than 10 armed robbers put together as these people [Police] have gone through certain training.