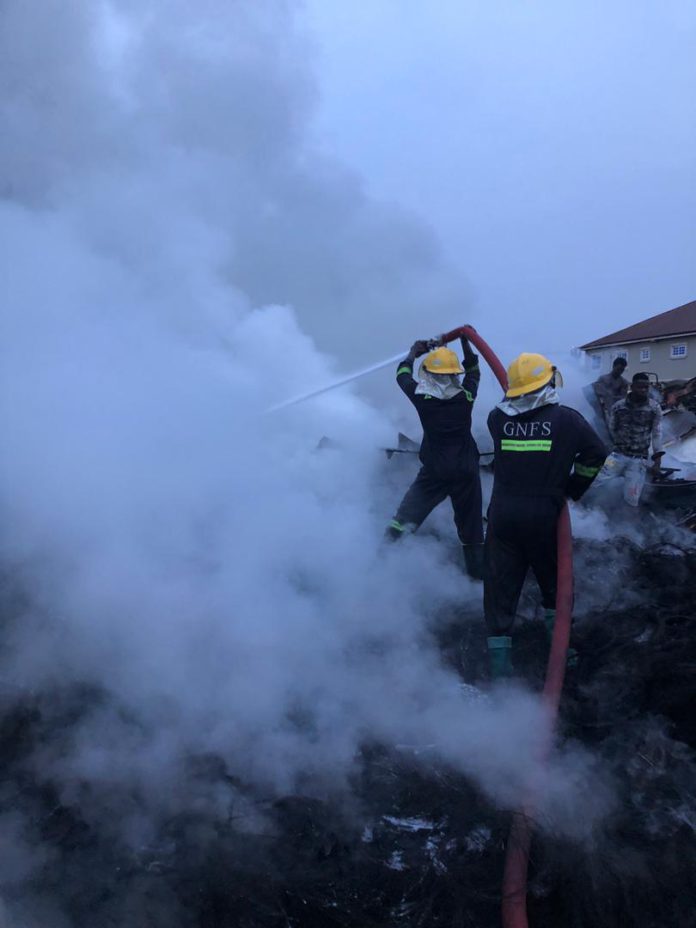 Over 100 tonnes of scraps worth Ghc 250,000 have been burnt to ashes at Kasoa in the Awutu Senya East Municipality of the Central Region.

The inferno, which started around 2:00am on Saturday night ravaged through a major part of the scrap yard.

Fire Service personnel from Buduburam were first to arrive at the scene following a distress call but had to request reinforcement from Weija, Winneba and the GNFS national headquarters.

The Gomoa Buduburam Station Officer, SO2 Richard Damasio, says the cause of the fire has not been established yet.

In an interview with Adom News, Chairman of Kasoa Scrap Dealers Association, Mubarak Inausah, called on the authorities to come to their aid because they have lost their capital.

He also commended the Ghana National Service for the swift response which he acknowledged prevented the fire from spreading to other areas.

Meanwhile, SO2 Damasio has admonished the public to be more cautious with fire, especially during the dry season.