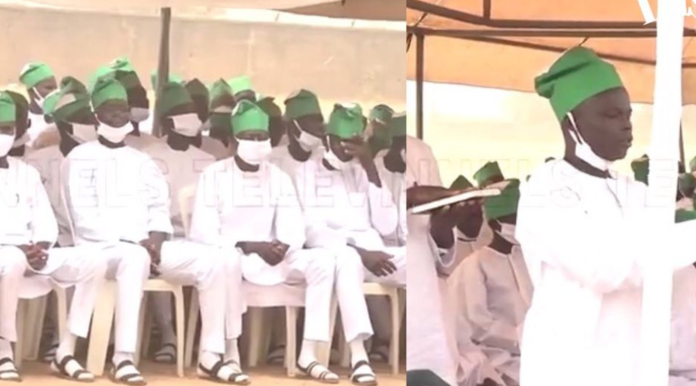 The graduates, who included two Chadians, were trained in carpentry, welding, tailoring, barbering and laundry services.

OPSC commandant, Colonel Uche Nnabuihe, said: ”63 were trained in barbing; 76 in shoemaking; 175 in welding; 167 in tailoring; 56 in carpentry and 22 in laundry services.”

The Chief of Defence Staff, Gen. Leo Irabor represented by Chief of Defence, Training and Operations, Gen. M. Adeyemi Yekini, who commended them for laying down their arms against the country, urged them to fulfill their part of the oath taken, reminding them that going back to their old ways of life may be resisted with mightier force.

The De-radicalisation, Rehabilitation and Reintegration (DRR) programme by the OPSC provides psychological, psycho-social/psycho-spiritual therapies as well as vocational training, which provide viable alternatives to low-profile combatants.

The army chief said over 1,000 repentant boko haram members have been trained by OPSC between 2015 to date, of which 984 including 16 foreigners were successfully reintegrated.

“I have no doubt that this non-kinetic strategy initiated by the Federal Government will continue to impact positively on military operations in the North East,” he stated.

Noting that the graduands’ immediate communities may be reluctant to reabsorb them, the defence chief said: “I can assure you that if you remember and practice everything you learnt during the DRR programme, you will surmount these challenges.”

He advised the beneficiaries to resist the temptation to sell the equipment and tools provided them.

Watch the video below in the next slide: