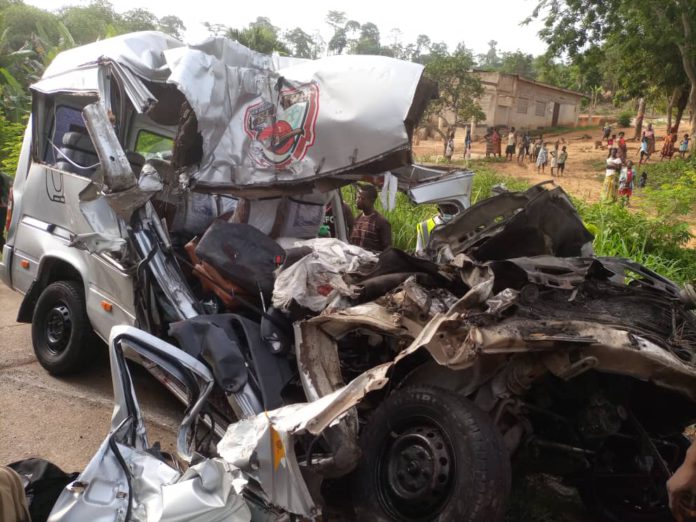 Driver in the ghastly accident at Nkawkaw-Oframase in the Eastern Region which claimed five lives has survived.

According to reports, the driver did not sustain any injury after his sprinter bus with registration number, GC 6521-21 crashed into a stationary truck on Sunday dawn.

Due to the speed, the sprinter bus is mangled beyond repair but he said the driver managed to survive.

“We had to cut the vehicle to remove the driver and 10 others who were trapped. The driver did not sustain any injury but only complained of body pains so we asked him to seek medical attention,” the Nkawkaw District Police Commander stated.

He expressed worry about the incessant accidents being recorded on the Nkawkaw road which he blamed on the drivers.

He urged passengers to call drivers to order when they are over-speeding ahead of the Easter festivities to avert such unfortunate deaths.