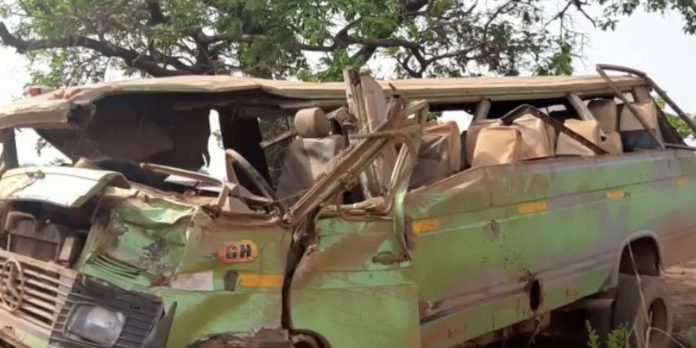 Several passengers have been injured after the vehicle they were travelling in got involved in an accident on the Bimbilla-Yendi road.

They were on board a bus from Kpandai to Saboba.

According to eyewitnesses, the victims, which included children, have been rushed to the Yendi hospital.

The car is said to have somersaulted and landed on its back.

An eyewitness told Citi News that “I came to meet the victims trapped under the car. They are badly injured now. Thankfully, no one is dead.”

“The men from our village came to help lift the car. They were trapped under it. Thereafter, we quickly called an ambulance to come for them. They have all been rushed to the Yendi hospital,” another shared.