Family of UEW student cries over his disappearance 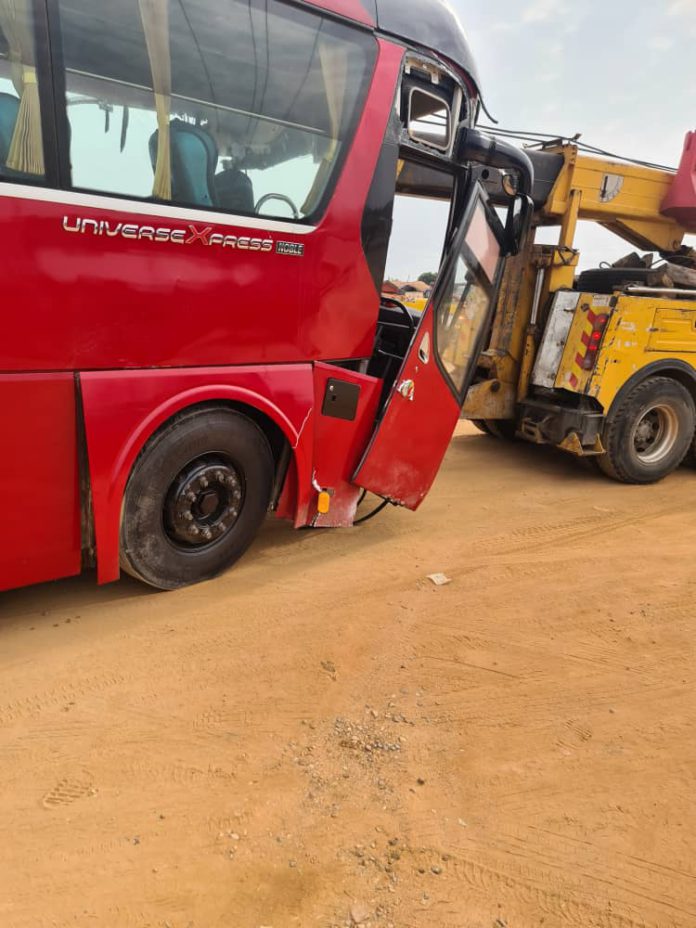 The family of Bernard Kumi, a level 200 student of the University of Education, Winneba (UEW) is pleading with the public to help them find him as he was part of the Asuboi accident that claimed nine lives.

He said he has together with some family members visited all the hospitals in Koforidua after they couldn’t find him at the Suhum Government Hospital where most of the victims were taken to.

“Bernard Kumi is my nephew. My senior brother and his wife are all in Berekum and so when the issue happened, I had to rush and come. Ever since I arrived here to look for my nephew, I have not rested; we have visited all the hospitals here in Koforidua but to no avail. When we got here, they made it known to us that all the deceased were conveyed to the Suhum Hospital but our son was not part,” he narrated.

His comment comes after two students of UEW died in the road crash at Asuboi in the Eastern Region.

Mahama commiserates with families of victims of Asuboi accident

Two other students are still missing following the crash, according to the Public Relations Officer for the university, Ernest Azutigah.

“We are keenly following and investigating to find their whereabouts,” Mr Azutigah said in an interview.

Mr Azutigah explained the school had 35 of its students on board the bus which crashed on Sunday, 31 who are still alive.

But Bernard’s uncle said they found his slippers, Ghanacard and other documents upon a visit to the accident scene.

He noted they were sent to the Police station but were later sent to his parents at Berekum.

“Yesterday we visited the accident scene and saw the slippers he wore before the crash. All his important documents and his belongings have been sent to Berekum which means he was on the bus that was involved in the accident but we are yet to know where exactly he was sent,” he added.

The family is, therefore, pleading with the general public to assist them to find their son as they are living in a confused state whether he is dead or alive.

“We want the police and the general public to help us because we are very worried and don’t know if he is alive or dead. We need to know. I have been here for the past three days without any news and so we plead with them to help us,” he appealed.

‘I was fined for taking my dog to my husband’s grave, I feel like a criminal’