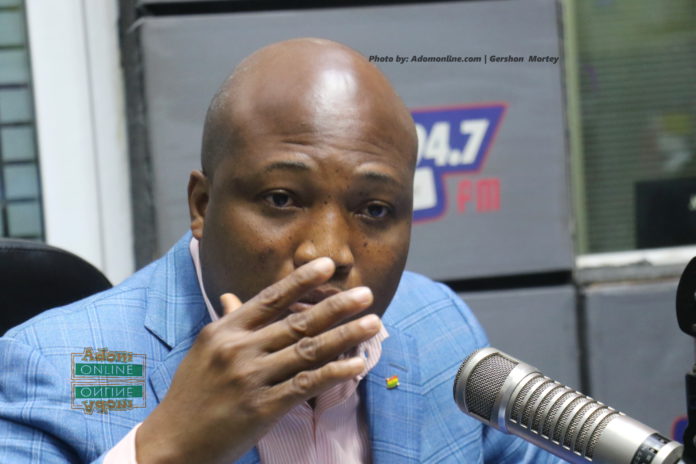 The building was allegedly razed by a group of armed men at dawn, an act the lawmaker has described as a lawless, provocative and mafia-style operation.

In a Facebook post to vent his anger, Mr Ablakwa, who is also the Ranking Member of the Foreign Affairs Committee, added that the exercise was an aggressively mindless attack.

“Documents I have reviewed and some of which I would attach to this publication reveal how helpless the Foreign Ministry and the Lands Commission appear to be in this matter even after they have confirmed with incontrovertible evidence that the Bulgarians have a valid lease for a term of 50 years since 1983,” he stated.

In his view, it is usually considered a declaration of war.

According to him, the National Democratic Congress (NDC) Caucus in Parliament shall be demanding a full public parliamentary probe into the demolished building with the view to identifying all the conspirators and bringing them to justice.

“We shall not allow the shadowy characters behind this hideous act to enjoy the comfort and security of anonymity; we shall smoke them and their collaborators out, and ensure that never again would a few greedy bandits damage our hitherto high diplomatic reputation,” he vowed.

Though the reason for the demolition is unclear, it comes barely two years after a similar exercise against the Nigerian High Commissioner’s residence in Accra.

The building, which was being constructed to house staff and visiting diplomats to the High Commission, was demolished with bulldozers in March 2020.

Implication of imprecation or ‘duabo’ in Akan traditions