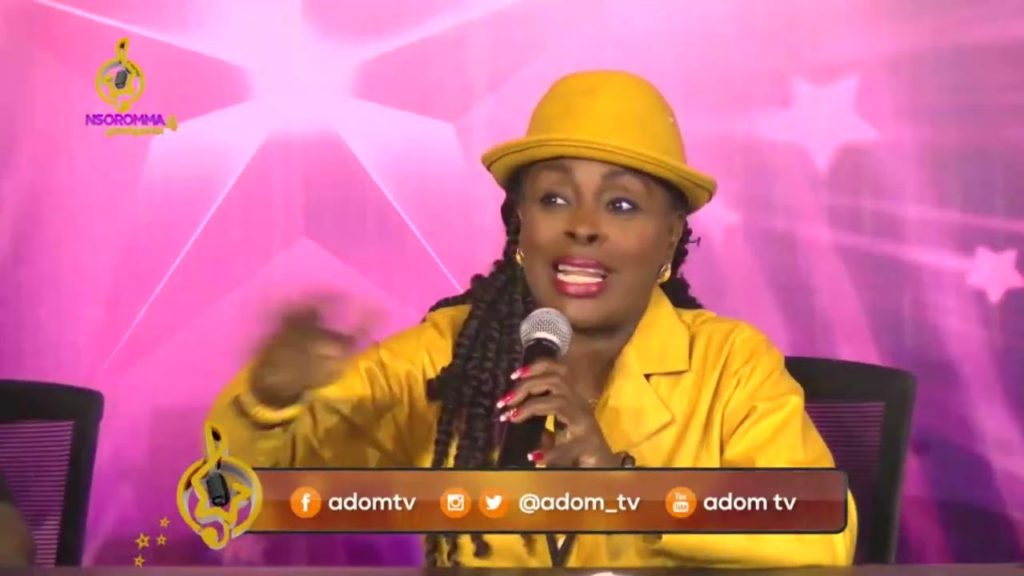 Contestants of the fourth season of Nsoromma’s talent reality show thrilled judges and the audience to some generic tunes as this week was all about Burgar highlife on Adom TV.

Following the exceptional performances exhibited by the contestants, the journey ended for none of them as they will be performing in the coming week.

One after the other, the contestants came to the stage and did justice to the various songs they were to perform.

Clad in old school attire and accessories to match, they depicted the main objective of the show and the kind of songs they were to perform that day, thus, ‘Bugar Highlife.’

The first contestant to set the ball rolling was Daniel Antwi. Entering with a lot of energy, Daniel gave an outstanding performance singing Ahuma Tia by Lee Duodu. He made use of the stage and showed his dancing prowess while performing.

Francisca Adom, who served as the next contestant for the evening, also did great with her performance with Thomas Frimpong’s Odo Nye Mmra. She acted per the lyrics of the song to portray what the song is putting across passionately.

Another intriguing performance was staged by Anita Anim as she performes Prempremsiwa by George Darkoh.

She performed the song without any difficulty and included actions to urge the audience to relate to what she was doing despite some correction she was informed to make by the judges.

Lady Theodora Pascal was the next contestant to perform. She performed Daddy Lumba’s song Obi Ate Me So Buo. Lady Theodora enjoyed what she was doing as she showed off some dancing moves of judge Akosua Agyapong to accompany her performance and made use of the stage effectively.

Precious Mbir, on the other hand, performed Kaakyire Nua by George Darkoh. Attired in an oversized long sleeve and an old slipper, she kept the audience glued to her performance as she sends a deep message to them through the lyrics of the song which were felt by many. She was given the Best costume award after the show.

Consequently, Nhyira Akoto, came to the stage with a different energy and took the show to another level. Performing Daddy Lumba’s Odo Nti, she swept the audience off their feet as they dance to the tunes of the song and pondered over the lyrics. The judges applauded her for being able to handle the song well.

Adjudged as the Best performer for the evening, Keziah Adu, impressed the audience and judges with her performance as she performs Akoo Te Brofo by George Darkoh. Her performance won a standing ovation from the judges.

The show ended on a good note after a splendid performance by Samuel Sam, also known as Samzik, and Grace Adom Sarkodie of Nsoromma Season 2 fame. The duo performed Akwankwa by Lee Duodu and it was a sight to behold.

Putin hails Crimea annexation and war with lessons on heroism