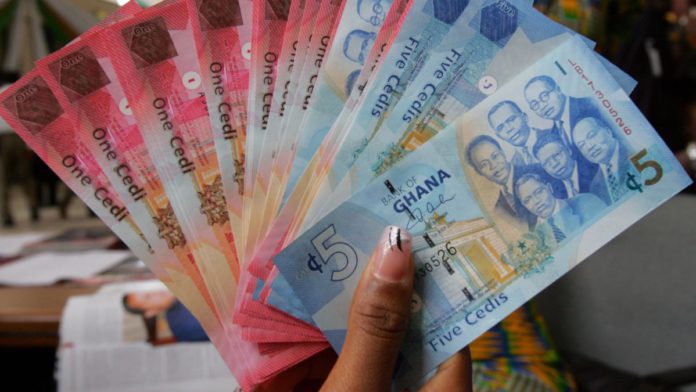 The Ghana cedi has so far in 2022 depreciated by about 14.6% to the US dollar, the Bank of Ghana has disclosed.

This is against an appreciation of 0.5% during the same period in 2021.

According to the Central Bank’s March 2022 Summary of Economic and Financial Data, the local currency lost 0.3% and 9% in value to the American currency in January 2022 and February 2022 respectively.

However, on the retail market, the local currency is going for about ¢8.05 to the American ‘greenback’.

For the pound and euro, the cedi has lost 11.6% in value respectively.

The free fall of the cedi has triggered calls for an increase in the policy rate to attract cedi-denominated assets to stem disinvestments from the money and capital markets by some Economists, Analysts and Research Institutions.

The Institute of Economic Affairs also called for an increase in the Primary Reserve Requirement of banks from 8% to 10% to help curb liquidity creation by banks, which could fuel both inflation and exchange rate depreciation, adding, the proposals have become necessary because of the rising inflation rate, exchange rate and reduced investor interest in Government of Ghana denominated assets.

The Rand Merchant Bank, corporate and investment arm of FirstRand Bank also said “we maintain our view that unless confidence is reignited on the fiscal side, the currency market will remain frail and volatile. The Central Bank is expected to continue intervening; but given broader macroeconomic concerns, this may not be enough to stave off further weakness”.

Economist, Professor Peter Quartey, wants the domestic economy to be structured in such a way that it could withstand shocks during and after pandemics.

Chief Finance Officer at the Valley View University, Dr. Williams Peprah also called for increased interest yield to entice investors to purchase more government securities and help slowdown the depreciation of the cedi, despite the difficulty it will bring to the economy.

“When a country’s currency is suffering from devaluation, as we have experienced in Ghana in the first 2 months of the year, where we have the worst performing currency, the only alternative to stop the devaluation is from increasing interest rates in the country”.