My timeline for Agenda 111 was overly ambitious – Akufo-Addo admits 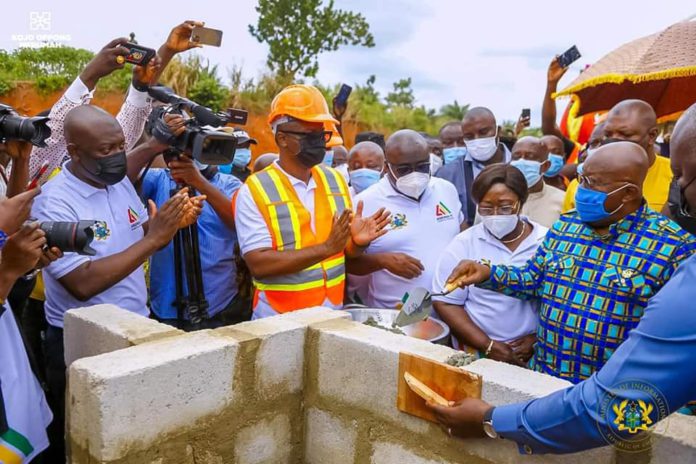 Like all major construction projects, it’s evident that the initial schedule we gave for the completion of Agenda 111 was overly ambitious, President Nana Akufo-Addo has admitted.

According to President Akufo-Addo, identification of suitable sites around the country for the project has turned out to be even more problematic than anticipated.

The President said this when he presented to Parliament the 2022 State of the Nation Address.

He, however, indicated that preparatory works have been done and work has started at 87 out of the 111 sites.

President Akufo-Addo assured that preliminary work on the remaining 24 sites was also ongoing.

He emphasised Agenda 111 is an ambitious project, which must and will be done, adding it will create some 33,900 jobs for construction workers, and, upon completion, some 34,300 jobs for health workers.

In view of this, he has pledged the commitment of his government to see to the successful completion of the project.

“We have every intention of seeing this project [Agenda 111] through to a successful end, which will enable me to commission all 111 hospitals before I leave office on 7th January 2025,” he told the House.

President Akufo-Addo in August 2021, cut the sod for the commencement of 111 facilities which include 101 district hospitals, six regional hospitals in the newly created regions.

The project is also expected to factor in two specialised hospitals in the middle and northern belts, as well as a regional hospital in the Western Region and renovation of the Effia-Nkwanta Regional Hospital.

E-levy deductions to start in May – Finance Minister

SONA2022: Our democracy is worth fighting for