One dead, four others injured after bus hits cow at Gomoa Potsin [Video] 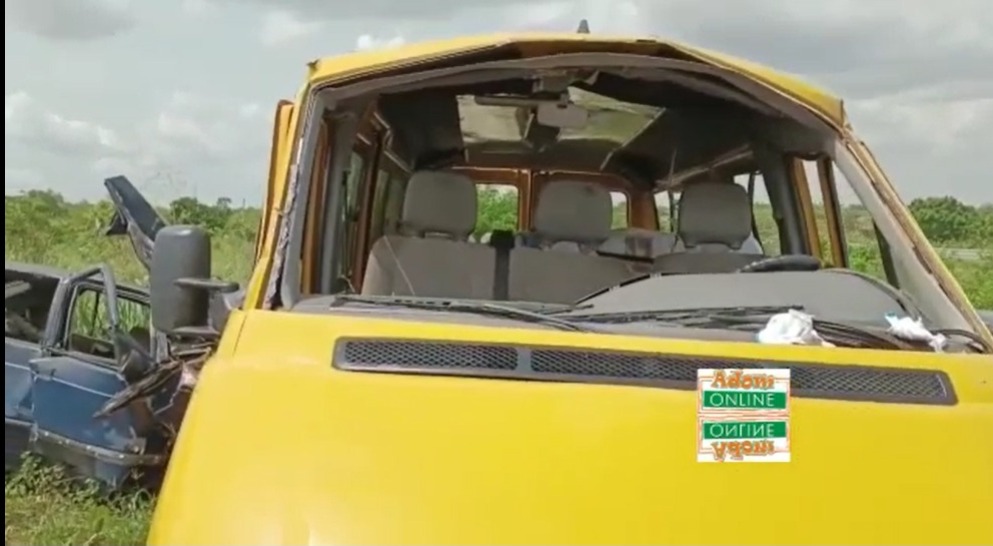 An accident at Gomoa Potsin on the Kasoa- Winneba Highway in the Central Region has claimed the life of one person.

Four others are also in critical condition and hospitalised at Winneba Trauma and Specialist Hospital.

The accident reportedly occurred at Mustapha Plus junction near Potsin Junction.

This was after a Sprinter bus with registration number GX 9541- 21 with passengers on board hit a cow that had been knocked down earlier by another vehicle.

In an interview with Adom News‘ Kofi Adjei, an eyewitness, Kwabeba Eshun, said the Sprinter driver was speeding and could not slow down despite signs from policemen who were at the scene to remove the cow from the highway.

He said the vehicle somersaulted several times, causing the instant death of one of the passengers, a male who has not yet been identified.

Watch the video above:

Electricity, water tariffs to go up